Source: What Google Learned From Its Quest to Build the Perfect Team

This is an interesting article full of great insights in what makes a ‘team’ successful. Below, I’ve extracted some of the points of the article to help you digest the message quickly. I always recommend reading the article yourself, and these are the points I took away – feel free to comment 🙂

I’ve often wondered why some teams/groups seem to be more successful than others in achieving a certain goal or completing a task where the members are still friendly and jovial with each other, rather than resentful or spiteful. I can recall a few instances from my previous job roles where the above information would have been helpful!

I’ve just been seeing post after post about how nasty 2016 has been in killing off great people. Here’s something to consider: death is a part of life. You can’t have one without the other.

My thoughts are quite simple on this matter, and below is what I posted to facebook earlier:

I will never be able to match some of you on the level of your sadness, nostalgia or memories when the passing of someone from your past (real, actor, singer or character [based on recent announcements]), however I want you to remember those around you and in your lives right now that you should also be thinking of – those who you will likely mourn or grieve when the time comes. Think of them now, call them or message them and tell them so. Otherwise they too will disappear from view, most likely ‘too soon’. Do it now. Tell them how much they mean to you – happy for you to do so in the comments below

I have finished reading Porcelain by Moby and truly loved getting into the life of one of my all time favourite artists. A number of my ‘go-to’ tracks are from Moby, and many of them instantly transport me to a time and location where I am immersed in the track until its end. Often to the detriment of others as I ignore them whilst revelling in the track. Here’s the passage about Why Does My Heart Feel So Bad. Oh and I never knew that the lyrics in the chorus was “He’s opened doors”. You learn something new every day 🙂

(pp 381-383)
The equipment was still on, gently sipping electricity. The work I’d been doing was paused exactly where I’d stopped, waiting patiently for me to return. I sat in front of my computer screen, hit ‘play,’ and listened to the track as I’d left it. The drums were rudimentary, but they sounded good with the vocal samples.

I chopped up the vocal samples so they almost felt like a verse:

The vocals were in C major, but I wanted the track to have a mournful beginning, so I started with an A-minor piano chord. The sad A-minor chord felt so good against the first vocal sample. Then I went to the even darker and sadder E minor for the second sample. Then I went to G major for the third vocal line, creating an unresolved hope or optimism. I finished the verse with D major, ending on a light note. As the rain pattered against the skylights I lowered the room lights and sat in my chair, listening to the drums and the vocals and the chords looping over and over again.

I turned on an old digital synth from the late eighties that had a nice piano/string combination and played a descending melody over the chords and vocals. It sounded nice, but needed a chorus. The last chord of the verse was D major, so I went down a whole step for the chorus, starting with C major. It felt like a good, if obvious start. Then from C major back to A minor, which sounded plaintive but hopeful over the vocal “He’s opened doors.” Then I went from A minor to F major, and the chorus felt like a celebration. After that, back to C major, the expected resolution, anchoring the hope and joy of the chorus.

I wondered what else the song needed. I added some subtle cymbal crashed in the choruses and delicate ride cymbals in the verses. And after two hours, the song was done. Wait – did it need a bass part? The verses felt so resigned and the choruses felt so expansive and hopeful. I wondered if a bass part would make the song better, or if it would drag it down and make it too conventional and leaden. I tried playing a basso ostinato part over the verse and it sounded terrible – plodding and stiff.

Then I thought, Maybe it doesn’t need a bass part as much as it needs a bass sound. I turned on my Roland Juno-106 synth and created a very simple and understated bass sound. All low end, no attach, no high end. Just simple, anchoring bass. I played it over the chords and it worked. Most people wouldn’t even notice the bass; it just sat there underneath the song, holding it together. 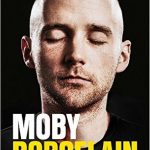 I, too could put myself into that studio and appreciate what went in to make the track. Although the music terminology is a little lost on me, being able to understand the creation of the song was one of the highlights of the book so far. I hoped there would be a section in the book on this song. I was internally happy when I read it, so much so I decided to copy and paste it (ok, typed it) and wanted to share this with you all.

The sun was setting through the winter clouds, the last rays of sideways light casting long shadows and turning my studio into a Lower East Side Stonehenge. I was working on a piece of quiet classical music, not knowing if it would find its way onto the album. Perched carefully on my studio chair -it now squeaked like a bag of scared mice if I moved around too much- I was working on a cheap Yamaha keyboard set up on a plywood table next to a computer monitor.

I played a simple piano arpeggio in A minor, recorded it and looped it. Then I listened to its three simple notes, over and over, wondering what I could or should add to it.

I overlaid a second piano part in C major, adding a hopeful counterpoint to the plaintive A-minor arpeggio. Now I had two delicate piano loops bouncing around with each other. I wondered: Should this become a dance track? Should I add a kick drum, a bass line and high hats, and make it something a DJ could play at three a.m.? But the sadness of the A-minor arpeggio pulled against the optimism of the C-major arpeggio made me want to keep it simple. Adding drums felt almost heretical.

I turned on an old string synthesizer and played a long, slow cello part under the arpeggio. Then I added some sevenths and thirds to the cello part. My brain started tingling, telling me, This is good, keep going, Moby. I wanted to add some high string parts, almost filigreed, so I turned on another string synthesizer, took the C-major arpeggio, and played it with high violins, creating something delicate but insistent. I didn’t want to anthropomorphize the parts I’d written, but it felt like I had two piano parts that were like two excited people: the polyphonous cello parts that were like slow-moving earth or water, and the filigreed violins that were naive angels watching over everything. The light slanting through my window seemed palpably slower than it had thirty minutes earlier. I could see the dust motes floating in the fading sunlight and each dust mote seemed like its own quiet world.

I added some long orchestral chords, loosely following the cello parts. Then I added some more orchestral chords, filling out the areas that felt empty. It still needed drums – but not dance drums. I was sure now that I didn’t want this to be a club track. I wanted it to be orchestral. I took a bass drum, a low tom, and two crash cymbals and played them as an orchestral accent at the beginning of each measure. It was bombastic and harsh, so I added reverb to soften the drums and make them quieter.

Then I arranged the track. I let the whole piece start delicate and empty, with just the piano arpeggio. I added the orchestral elements,slowly letting the track build. In the middle I removed those elements one by one until there was just a delicate arpeggio and a plaintive, austere viola part. Then everything came back in.

While I listened to this arrangement, I thought about God moving over the face of the waters, when the Earth was new, before there was land and before anything was alive. The spirit of God, full of prescience and omniscience, seeing the emptiness and expanse of the new world, aware of all that’s there and all that’s going to follow. The life that will come, and the death that will end each life. The trillions of creatures who will come out of this ocean, all wanting to live as long and as well as possible, resisting death until the end. All the life and death and longing and heartbreak and hope.

I listened to the music, put my head on the plywood table, and cried. Then I lay down on the floor and curled up underneath the table, listening to the sound of God moving over the empty oceans, following a sun that never stops rising and setting. I couldn’t think of anything I could do to make the track better so I decided to record it as it was. I didn’t want to ruin it by overcomplicating it. I got up, found a tape, wrote “god moving over the face of the waters” on the label, put it in the tape recorder, and pressed “record”, listening and crying with my head on the plywood.

I have been fortunate to enjoy a number of podcasts in my helmet as I ride to work each day. My standard Playlist revolves through Tim Ferris, James Altucher, Freakonomics and Good Job Brain.

I have found a lethal combination of interviewer/interviewee and have truly revelled in the banter and discussion that has transpired between them. This is Part 1 of my “You are who you listen to” posts.

I’ve been listening to Tim Ferris for a while now and love how he’s able to perfect his questions, drill down deep into various topics, keeping the content of his podcasts vibrant and ever changing whilst at the same time anchoring the interview with some of his standard questions, interjected throughout the podcast. One of the best interviews to listen to was one of his most recent – his (follow-up) interview with Tony Robbins.

Tim Ferris and Tony Robbins in my helmet whilst riding to/from work each day is not for the faint-hearted. I was grinning and shouting in my helmet (to myself, of course) whilst commuting at a fairly brisk pace, often getting lost in the conversation not realising how fast I may be going at a particular point. The dialogue and mutual respect for each other (which is an important part of any conversation, professional or personal) is a joy to listen to and one from which many people can learn.

By far this is the best Tim Ferriss podcast I have had the listening pleasure to partake in. I want to live my life even half as well as Tim and Tony, and my goal is to follow their teachings whilst carving my own path through life. If I’m half as successful as they are, we’re onto something 🙂

What have I learned?

Until next time, look after yourself and keep focusing on what you can do to become better; be better and share your story!